FOR COBRA ODE USERS
If you want to install and use the jp voice DLC follow these steps:
[Quote from baten , thank :”) ]
USE IDC to install the Jap voice DLC successfully
[Quote from noctis99 , thank :”) ]
ERROR 8001003C
If someone receives error 8001003C when starting the game from ISO, this error is caused by sdk version, you have to change the sdk version when resigning the eboot:
You need to edit/replace the PARAM.SFO and EBOOT.BIN files first before convert the game folder to iso
Here’s the fix : Download
Replace the files then convert into iso
1. Use PS3Tools by Aldostools, right click on EBOOT.BIN and select Extract ELF, it automatically changes the sdk version to 34 when it extracts the ELF.
2. Right click on ELF and select Resign EBOOT/SELF, this option creates a new EBOOT.BIN resigned to 3.40.
3. Resign EBOOT.BIN to 3.55 (I used ESSSE RESIGNER v4.2), edit PARAM.SFO  to 3.55 (I used PS3Tools), create the ISO using genps3iso.
[Quote from Lippe , thank :”) ]

Persona 5 (Japanese: ペルソナ5 Hepburn: Perusona Faibu?) is a role-playing video game developed by Atlus for the PlayStation 3 and PlayStation 4 video game consoles. Persona 5 is chronologically the sixth installment in the Persona series, which is part of the larger Megami Tensei franchise. Published by Atlus in Japan and North America and by Deep Silver in Europe and Australia, the game was released first in Japan in September 2016, and worldwide in April 2017. In Western regions, Persona 5 was the first main game in the series since Persona 2: Eternal Punishment to omit the Shin Megami Tensei moniker.

Persona 5 takes place in Tokyo, and follows a silent protagonist after their transfer to the fictional Shujin Academy after being put on probation for an assault he was falsely accused of. During the course of a school year, he and other students awaken to their Persona powers, become masked vigilantes dubbed the “Phantom Thieves of Hearts”, and explore the supernatural Palace realm to steal ill intent from the hearts of adults. As with previous titles in the series, the party does battle with supernatural enemies using manifestations of their psyche called Personas. The game incorporates role-playing elements and dungeon exploration alongside social simulation scenarios.

Preparatory work began around the same time as the development of Persona 4, with full development beginning after the release of Catherine in 2011. Returning prominent staff from previous games included director and producer Katsura Hashino, character designer Shigenori Soejima, and composer Shoji Meguro. The game’s themes revolved around attaining freedom from the limitations of modern society; the story was strongly inspired by picaresque fiction, and the party’s initial Personas were based around the theme of outlaws. First announced in 2013, the game was delayed from its original late 2014 release date so its quality could be further improved. Persona 5 was met with critical acclaim upon its release, with many deeming to be one of the greatest Japanese role-playing games of all time. 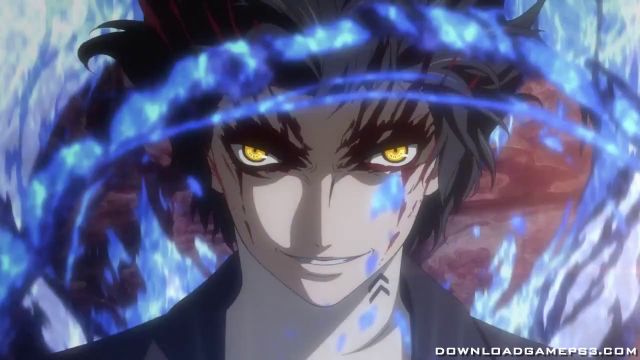 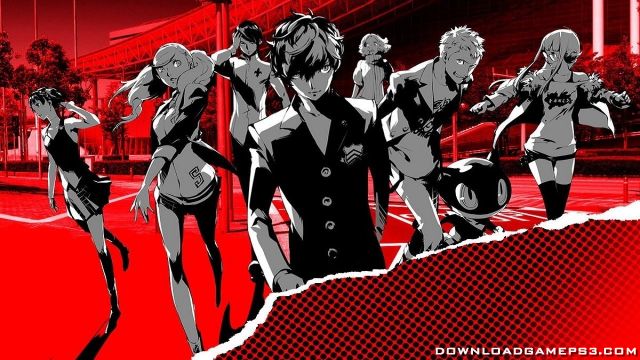 use tool “jdownload2” redownload this 2 part => unrar with tool “winrar” , all work ok

why i stuck in loding persona

stuck at loading screen i have tried blus bles even psn version but nothing works pls help, ps3 cfw 4.87 evilnat and multiman basic, i tried gta 4 complete edition and it works really well

The dlc of this link works perfectly in Hen, the fix is 3,55. I tried, it works!!
https://mega.nz/folder/uIhVQQhQ#Vkw_fvDd5Vh3mfhHWtUxlw

does this work? I will be downloading this game for ps3 hen and i will do FTP will it work

Is the dlc include?

What do i do after i download the parts?

For any one having problem with google drive error creating a copy This is the new method works 100% – https://youtu.be/yDxlQ_aF56A

it’s blank when i’m open it

Plis help me how to change cpk file to pkg

pls help me how to instal pck file i stuck while play game that word ” an eror occurred during the start operation (80010017).

Well, about the “black screen” problem, i don’t remember well this game, but probably related to the game is “splitted” (the .cpk file) and you try to load the game “splitted” from external (internal the same). So, the solutions are:

1º Rejoin the .cpk files with OpenSplit v1.2, create a .ISO with PS3 ISO TOOLS V2.2, copy to your NTFS hdd external and play it with webmanmod [install prepiso or prepntfs (older) from aldostools].

2º Don’t rejoin the .cpk file (.666xx), rename the folder of the game to _BLUS31604 , copy the game to the FAT32 hdd external usb, install Multiman, active “Verify USB Games” and play (this is very old and i don’t know if you need to do some other steps with the actual CFWs cobra or lastest multiman, but it would implies you would need to change the payload to hermes, use bdemu v2… pff). Multiman will rejoin the cpk file to internal only and you will can play the game (some games doesn’t work with it). “Bd-external”, funny times…

3º Best approach is if you don’t know much about CFW or ps3: Don’t rejoin the .cpk file (.666xx), rename the folder of the game to _BLUS31604, copy the game to the FAT32 hdd external usb, install Multiman, active “Verify USB Games” (in this case no needed because the undescore _BLUS31604), and select copy the game to internal HD.

Why I can´t Split the cpk files???

the loading is running but it doesn’t enter the game. how to fix it

can you fix the dlc video tutorial link ? the link expire

When i play it in multiman the game just show the infinite loading.can anyone help me to fix this?

why i dont have vulkan in GPU? pls help.

You find out how to fix it? Pls tell

I have a PS3 console, so which links should I download?

I have a problem, Do You know how to fix this 8002291B, It’s something related with the tropies

you use link ?
use tool “jdownload” download all file => unrar with tool “winrar” , all work ok

is there persona 4 dlc like inzanagi, inzanagi picaro etc. for this game ?

too bad there is no inzanagi dlc QwQ

You all might to try using PKG + FIX method for multiman.

You need ps3 splitter in your windows to do this, cause FAT32 cannot read files over 4gb. Make sure you have double the space, if the game is 20gb, try to have more than 40gb, becuz you need to copy to ps3 and need to install the pkg from there

Ps3 will merge the 66601 files, don’t worry about it. Just make sure you have space, this will take about 5 to 6 hours for copying only

does it work for hen?

you dont have the required firmware, but if you’re using multiman you can fix it pressing YES when the program ask you to change the firmware, it wont affect your ps3 and it doesnt require internet connection

Can it run on cfw ps3? It just black screen when i play the game

If the game keeps having errors or it doesn’t starts (black screen), just convert it to an ISO.

it work for me
if link google limit => view [Guide Fix Limit Download Google Drive] the right post
or
https://dlpsgame.net/guide-fix-error-limit-download-google-drive/

Persona 3 is the best

Does this version of the game include the dlc (dlc outfits and persona) preinstalled or do i have to download them separately?

For those who want the rest of the DLC, just instal dis allDLC fix after you instaled the japanese voices and its fix

Disclaimer: i dont want to promote other sites, just want to help people to enjoy their games.

Persona is a JOJO reference
Reply to  Shaka

will i be able to use this DLC with the USA version of persona offered on this site without installing the Jap Voices DLC. Since i prefer the English voices.

Shaka
Reply to  Persona is a JOJO reference

what do I do after downloading this, just do what i did before and its all done?

This game for Cfw

Do you need some apps to install this game?, Like Rebug,and webman. And do your PS3 have to be DEX Version?

Hey, can you give me the Eboot.bin of this? I’m trying to Mod the game.

what the different on this and usa + eur + dls [psn]? and what psn is? can someone tell me

PSN stands for PlayStation Network, which is basically what you use to go online on your playstation. I think the usa + eur + dls [psn] is related to your region or where you live, so if you use eur version but you live in USA it might not work because it doesn’t detect anything related to its region in the network.

1. Download the 1×23 1GB Files
2. Download the Error Fix 8001003C zip file
2. Extract the files of the 1x23GB
3. After extracting, you should have the folders
4. Extract the 8001003C zip file, and replace the original files on your Persona 5 game folder
5. Merge the cpk files using a merging tool online, just google for a ps3merger
6. After being merged, SPLIT the files using a ps3 splitter
7. Paste the split files onto the Persona 5 Game Folder and remove the original CPK files from before
8. Paste your Persona 5 Game Folder into your GAMES folder
9. Create ISO using multiman or something, no need to copy to hdd, just straight up create the ISO using Triangle, and press create ISO

Can confirm this works for anyone wondering, although I didn’t download the split version. So you can download the normal version and just add the fixes then compile it to iso on the console.

what did you do?

why the dlc not working? when i already have save file because i need to reinstall it and it says”i havent baought the dlc” plz help

This game can work on your ps3? , which your downloaded?

it work for my ps3

what is the password for “download ver game which not include the dlc”?
i try vnsharing and [email protected] thats not work